The landscape of Swiss vineyards offered a more complicated puzzle in 1880 than it does today. Not only did viticulture suffer a massive decline during the decades of phylloxera infestation, it endured a mass migration from north to south and an alarming loss of diversity.

In the early 1900’s the wine industry of Ticino nearly collapsed—steadily falling from 7,970 hectares in 1877 to 1,105 hectares in 2015—only to be saved by a miraculous metamorphosis and near complete transition to Merlot.

There were two areas of growth during the same period: the Valais vineyards swelled from 1,140 hectares to 4,976 hectares—though it barely managed to retain several native varieties—and Graubünden, which also managed a gain, but at great cost: the near extinction of its heritage variety, Completer.

But phylloxera, cryptogamic disease and statistics are only part of the story.

Social, political and economic issues also tore at the fabric of the Swiss vineyard tapestry. Increased competition from low-cost neighbors; crushing tariffs imposed by Germany, its biggest export market; growing competition for suitable land to develop; falling grape prices despite a string of bad harvests; and the onslaught of industrialization—which increased the cost and limited the availability of agricultural labor; all coalesced to undermine the Swiss wine industry at the beginning of the 20th century.

The vineyards of the Lémanic Arc suffered as well. The infrastructure needs and growing population of Geneva and Lausanne exerted similar pressures. In Vaud the vineyards shrank from 6,570 hectares in 1877 to 3,771 in 2015; while Geneva suffered a similar fate and, perhaps worse, a chance to secure an all-important identity and a signature grape.

One of the biggest casualties of the post-phylloxera cataclysm in Switzerland was the Savoie variety, Mondeuse. In 1850 it was the most planted red grape in Vaud and Geneva, but is almost non-existent today—just two hectares are planted in Geneva, Vaud and Valais combined. It’s a shame because Geneva could really benefit from a signature red and Mondeuse is perfectly suited for the job.

There’s an even deeper connection between Mondeuse and Geneva.

Mondeuse is likely one of the oldest varieties cultivated by the Allobroges—a Gallic tribe that settled the region from the Alps to Vienne and Geneva to Grenoble—before the Roman invasion in the 2nd century BC. Yet despite this history not much is known about its origins. Pliny the Elder and others in the 1st century AD describe a local wine known as picatum made from Allobrogica which today’s scholars believe to be Mondeuse, but was, more likely, a basket of grapes—the so-called “proto-Mondeuses”—or precursors of Mondeuse and its relatives, the Sérine family of grapes.

Unfortunately, Mondeuse is an orphan grape that leaves us no clues as to its origin. It is, however, a progenitor of vast importance. It’s thought to be one of the parents of Mondeuse Blanche and a grandparent to both Syrah and Viognier. At least that’s the most likely scenario from among three possibilities offered by Dr. José Vouillamoz.

What is known is that Mondeuse is a vigorous variety with a tendency to overcrop. It’s also a late-season ripener usually harvested in October, and sometimes as late as November, in Switzerland. These complicating tendencies and a susceptibility to oidium may be reasons why it was never replanted after phylloxera. It does well in its mountain home, preferring slopes and limestone, but cannot tolerate drought. When picked slightly under-ripe its naturally high acidity can throw any resulting wine out of balance.

But yesterday’s fussy grape may be tomorrow’s climate change beneficiary.

At its best, Mondeuse retains acidity and freshness even in the warmest vintages. In fact, with some ripe flesh on its bones it can even be described as lithe and sexy with a pronounced violet aroma and flavors of sour cherry. Lately we are seeing plumper versions from both Savoie and Switzerland.

This tasting gathered together a few examples from the vineyards of the Lémanic Arc. It’s also a plea to the Swiss to plant more of it, especially in Geneva, where the opportunity to recreate history and ride current trends rarely come together as neatly as this. 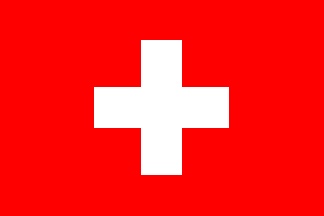 2017 Mondeuse, Valentina Andrei, Vin du Pays, Valais: Deep garnet in color with vivid violet streaks. As always with this variety there is a bit of sweaty reduction. It blows off quickly to reveal a very focused and persistent bouquet of dried herbs, pomegranate, sour cherry and cassis leaf. A beautifully sweet and saturated palate of red and black fruit with a bit of sour candy on the edges. Lots of cascading black raspberry flavors, too. There are minerals and wet stone throughout. This is the best of the bunch and further proof that Valentina Andrei is a star winemaker in Switzerland.

2014 Mondeuse Noire, “Le Vin du Bacouni”, Domaine Mermetus, Lavaux, Vaud: Solid garnet/purple to the rim. Very fresh and primary as Mondeuse is wont to be. There is a slight reduction that quickly blows off. Typical Mondeuse with a wealth of crunchy, sour red fruit followed by minerals, granite and bracing acidity. Finishes clean with an acid kick. Has chi. I like this for its youthful aggression. A worthy counterpoint to the trendy versions from Savoie.

(Henri Chollet of Domaine Mermetus sourced his vines from Michel Grisard in Arbin (Savoie) twenty five years ago. He now has 4000 square meters with an average yield of 500-600 grams per meter. There are two cuvées: Vin du Bacouni and Les Treilles de Valérie from a small, stone-reinforced terrace in Epesses.)

2014 Mondeuse, Mermoud Vignerons, Lully, Geneva: Deep garnet that is just beginning to brown on the edges. Quite bretty and somewhat leathery on the open with a pretty violet pastille aroma trying to peek through. Otherwise some sour cherry and dried herbs compete. Palate is slightly diffuse but there are some bitter cherry flavors that are cut short thanks to a brett-induced dryness. Medium-weight, sufficiently ripe but ultimately a bit too spoiled for me.

2013 Mondeuse, Clos des Gondettes, Dardagny, Geneva: Reddish garnet in color. Opens with warm blueberry, dried tobacco and caramel notes on the nose. Ripples with black fruit that’s both smooth and seamless. Rich, sweet and palpably expansive. Not as tangy and mineral as the best but simple, clean and nicely rendered. 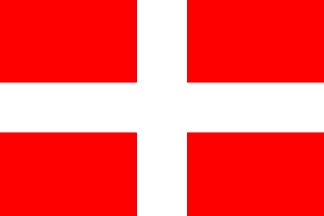 2017 Mondeuse, Domaine Giachino, Savoie: Clear, bright purple/crimson in color. Initial sweaty reduction blows off into a spicy cherry nose with a bit of fennel seed and coriander. Somewhat brassy on the palate with bright, sharply-etched cherry fruit and a light- to middle-weight body. Highly quaffable along the lines of a simple Beaujolais-Villages or basic Saumur. Very nice.

2015 Mondeuse, “La Deuse”, Gilles Berlioz, Chignin, Savoie: Dark garnet with some ruby and slight browning at the rim. Gorgeous nose that suggests Syrah in all its white pepper glory (perhaps from a bit of brett). Very pretty violet aromas, as well, with brooding green tobacco notes. On the palate there is some fleshy dark cherry and sweet spice. Medium-weight with a silky texture. Very saturated but the fruit fades confirming the presence of some brett.

One thought on “Mondeuse: The Ghost of Grapes Past”