Geneva is the quintessential international city, so when my new wife, Veronica, suggested we get around to hosting her annual Swedish crayfish party (Kräftskiva) I asked about the guests and where they come from. Among the potential invitees were Swedes of course, but also Brits, French, Germans, Americans and Swiss. I thought to myself “what a nice representation for such a small, intimate gathering”. Little did I know, there was one other invited guest that I would never approve of — frozen crayfish from the fish factories of China.

It seems that Swedish ex-pats everywhere, without access to the lovely crayfish of their homeland, resort to all sorts of tricks to find the little crawlers and the Swedish furniture giant IKEA is more than happy to fill the void. Located deep within every IKEA store is a small dedicated freezer containing Kräftor: Chinese Freshwater Crayfish in Dill Brine. 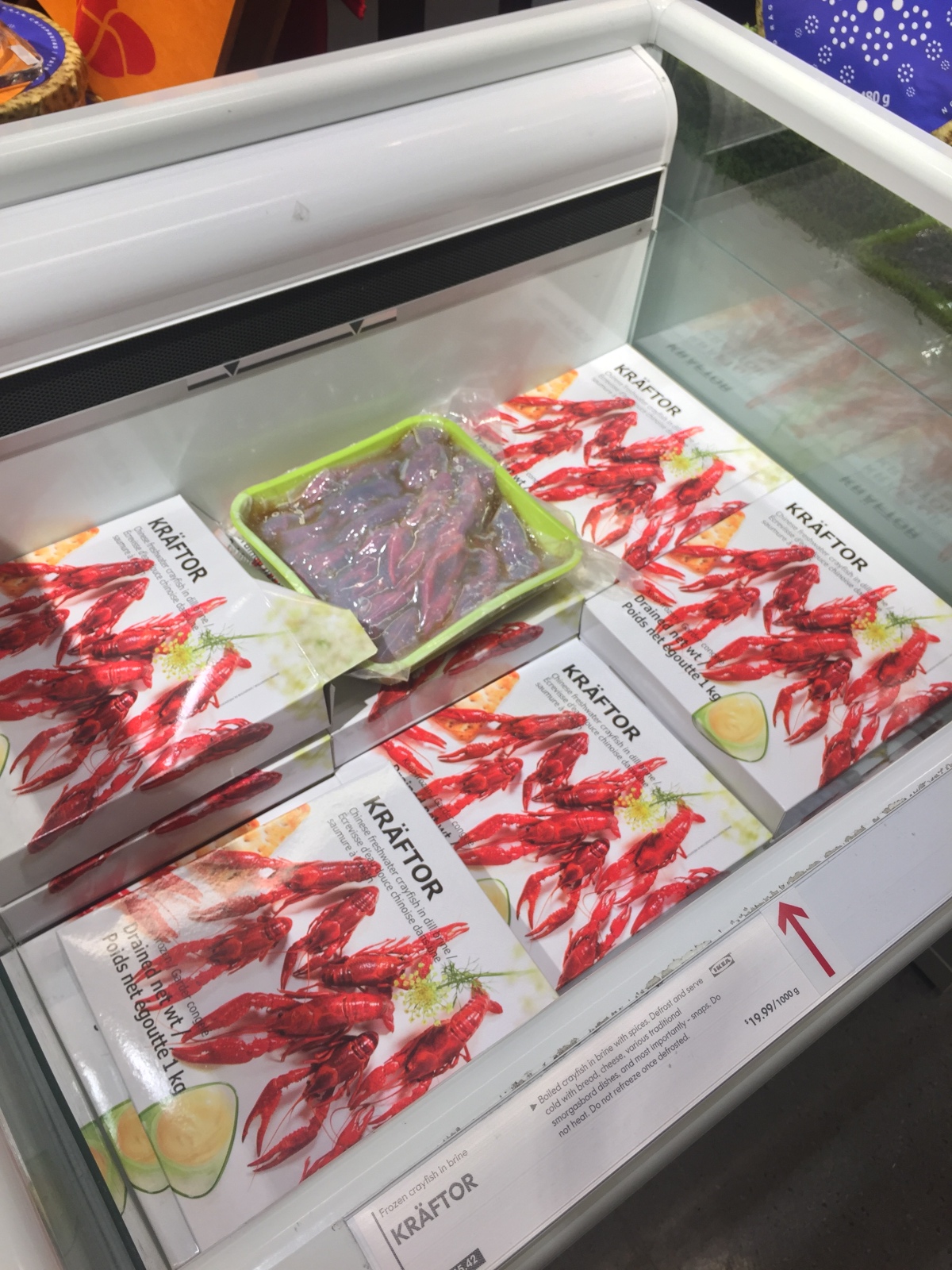 This was truly a cringe-worthy moment for me. I was instantly repulsed since I was taught to buy local when possible, or, at the least, to know where things come from.

Factory farmed anything from China does not appear on any approved list I know of, period.

Rather than scuttle the evening which was less than a week away I suggested we contact some local fish merchants to place an order for something fresh. After all we live mere meters from one of the most beautiful and cleanest large lakes in the world.

Not so fast, my friend.

That idea was a total whiff. There wasn’t a single merchant who didn’t look at us like we were idiots. We resorted to the internet and found crayfish mongers in France along the Loire River. Too far to get to and no shipping of course for something so highly perishable. It wasn’t until Veronica came up with a name, Lionel Bouchet: Pêcheur Professionnel sur le Lac Léman, that we cautiously entertained hope.

We contacted M. Bouchet and ordered three kilos of live crayfish to be picked up early Thursday morning thirty kilometers from Geneva in the small French town of Anthy-sur-Léman.

That morning felt like a drug deal in doubt. It was pouring rain and we had to notify someone by phone upon arrival to finalize the deal. A thin, close-cropped young man (Lionel?) in blue rubber overalls met us and handed over the three sacks of desperately scratching crayfish. “Fresher than fresh” I thought. It felt like stealing at 10 Euros per kilo so Veronica told him to keep the extra 10 because there was no change to be made. We felt elated and proud to have completed this seemingly impossible transaction.

The preparation couldn’t have been easier. Skàl.

Bring 5 liters of the water to a rapid boil. Boil crayfish in batches for one minute or until color changes. Drain and remove to a bowl. Discard water when all batches are done.

Bring rest of ingredients (3 liters of water, beer, sugar, salt and one bunch of dill) to a boil then reduce heat. Add all crayfish and simmer for 5 minutes. Drain crayfish but reserve cooking liquid.

Distribute crayfish in separate containers (plastic containers work well) and cover with cooking liquid. Add half of remaining dill to distribute equally to each container. Seal and place containers in refrigerator for 24 hours. Serve crayfish chilled, arranged on a platter and garnish with remaining bunch of dill.